To share your memory on the wall of Edward Nedrow, sign in using one of the following options:

We encourage you to share your most beloved memories of Edward here, so that the family and other loved ones can always see it. You can upload cherished photographs, or share your favorite stories, and can even comment on those shared by others.

Posted Aug 20, 2019 at 12:00am
Oh Ned - you were a bright spot in our days at MSA.  Even on your bad days, you had a kind word or a smile.  I will always remember one particular Halloween costume and all the years you played Santa, adding joy to our workdays.  Your sweet soul and beautiful heart are now at peace.  My prayers for your family, as they celebrate your life and mourn your loss.
Comment Share
Share via:
DG

Posted Aug 17, 2019 at 12:00am
Ned... What a dear man, awesome friend to all that knew you and everyone at MSA knew you as you fixed something for all of us at one time or another. You brightened my day so many days. I remember playing Mrs. Krause with you at work a time or two and having lunch with you as if I was sitting alone you always sat with me and made me laugh. I never met your Miom in person but spoke with her daily on the phone when she called in. I am sure she is happy to be reunited with you. Love you Ned and will sure miss you. Love Lala
Comment Share
Share via:
MC 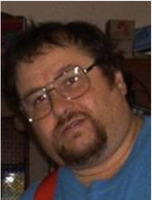