To share your memory on the wall of Helen Valley, sign in using one of the following options:

Print
Helen Rose Valley, 102, passed away on June 4, 2020. She was born in Natrona to Anthony and Rose (Kronkowski) Antkowiak on December 19, 1917. At an early age, the family moved to Arnold. Siblings included Michael (Rene Wardzinski), Sophie (Arthur Pat... Read More
Helen Rose Valley, 102, passed away on June 4, 2020. She was born in Natrona to Anthony and Rose (Kronkowski) Antkowiak on December 19, 1917. At an early age, the family moved to Arnold. Siblings included Michael (Rene Wardzinski), Sophie (Arthur Patz), Wanda (Arthur Gardlock), Bruno (Helen Helinski), and Florence (Frank Jaskey). In elementary school, Helen received the American Legion Award for highest girl graduate. In high school, she was Class Secretary, member of the National Honor Society, member of Key Club, Captain of the volleyball team, and graduated 3rd highest in her class in May 1935.  On August 25, 1935, Helen married Paul Valley, who was a graduate of German Township High School. Paul worked as a Foreman in the remelting division of Alcoa in New Kensington, and in 1970 was named Man of the Year for Alcoa. When Alcoa left the area, Mayor McDowell hired him as Ordinance Officer for New Kensington. Paul passed away in 1986, a year after celebrating his 50th wedding anniversary with Helen.  Paul and Helen were parents of John (Ginny), Joseph (Mary Ann), James (Peggy), and Jana Latura. All four children graduated from New Kensington High School, were members of the National Honor Society, and all became college graduates. Sadly, John passed away a month before Helen reached her 100th birthday.  While her children were in school, Helen worked part-time at various insurance agencies: Anderson & Schmitt, Lasher Agency, and C. L. Schmitt Agency. She then accepted a position as a secretary in the office at Valley High School and worked there 13 years, retiring in 1980. Throughout her years, Helen was active as a Red Cross volunteer, Gray Lady at Citizen's Hospital, member of the Ladies Aide and Christian Mothers of St. Mary's Church, member of the 7" Street Women's Bowling League, and Secretary of AARP.  During her life, Helen kept a scrapbook of cut-out newspaper articles pertaining to family member's accomplishments, which she later photocopied, bound, and shared with others. She also wrote and published a book in 1996 called "All Around the Valleys." It was a family tree and historical account complete with photographs and documents beginning as far back as the late 1800's. She had copies printed of this invaluable and treasured book to once again share with family members.  Out of necessity, Helen taught herself to sew, and in the early years, made many of her children's clothing. She later made bathrobes and aprons for others, again sharing of her talents. She also loved to crochet afghans and make quilts, literally making hundreds of these, each one unique, which she shared with family and friends. In fact, an American Flag afghan which she crocheted still hangs at the VFW in Lower Burrell.  Another of Helen's favorite pastimes was going to bingo as she could be found each week playing a table full of cards. Her favorite bingo was with her friends at the VFW Post 92 in Lower Burrell, who recognized and helped celebrate her 100th birthday. She also enjoyed receiving her Trib newspaper as she kept her mind active solving the daily Jumble and crossword puzzles.  Helen will be missed, not only because she was the only one who knew how to do the Alley Cat at weddings, but also because she always welcomed friends and family into her home for a meal, or to fix a hem, or to share a laugh. One constant throughout Helen's life was her great sense of humor, as she always had a joke to tell. She would say here that she was preceded in death by practically everyone, given her age. But, she does leave behind her surviving children, eight grandchildren, 15 great-grandchildren, relatives, and friends who were fortunate enough to know her. She thanked God every day for the good health she had in order to accomplish all that she wanted to do.  Friends and family will be received from 2-5 pm, Sunday at RJ Slater IV Funeral Home & Cremation Service, 1000 Freeport Rd New Kensington (724-335-0100). Prayers of transfer will take place at 9:30 am, Monday at the funeral home, followed by a funeral mass at 10 am at Mt. St. Peter Roman Catholic Church. Burial service will follow at St Marys Cemetery, Lower Burrell, PA. Condolences can be left at www.rjslater.com.
Read Less

We encourage you to share your most beloved memories of Helen here, so that the family and other loved ones can always see it. You can upload cherished photographs, or share your favorite stories, and can even comment on those shared by others. 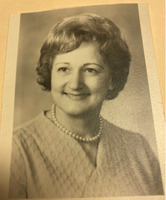 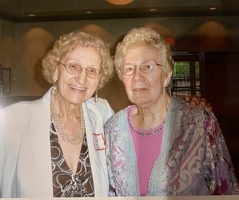 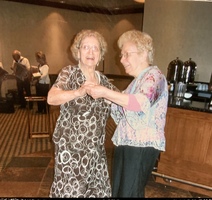 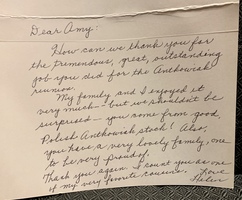