To share your memory on the wall of John Borish, sign in using one of the following options:

We encourage you to share your most beloved memories of John here, so that the family and other loved ones can always see it. You can upload cherished photographs, or share your favorite stories, and can even comment on those shared by others.

Posted Nov 19, 2020 at 09:08am
Sorry to hear about Tootie , will be missed . There's a great big polka party going on up there. Sorry for ya'lls loss . Suzy Peluchette (cousin MaryJane's) daughter
Comment Share
Share via:
VR

Posted Nov 17, 2020 at 09:25am
Brandon,sorry to hear about your dad....he was a really good fellow and musician.I enjoyed talking to him when he visited the store.I hope all is well with you .I'm sure you'll remember all the fine times with your dad.
Vince Ruffini
I
Comment Share
Share via: 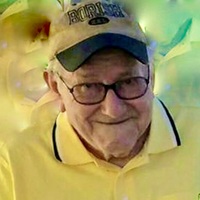