To share your memory on the wall of Marcia Smock, sign in using one of the following options:

We encourage you to share your most beloved memories of Marcia here, so that the family and other loved ones can always see it. You can upload cherished photographs, or share your favorite stories, and can even comment on those shared by others.

Posted Aug 16, 2019 at 12:00am
I am so very sorry to hear of Marcia's passing.   She was such a sweet person with a truly big heart.  We spent many  years together at CVS.  We had some fun times.  I'm sorry I did not know about her passing until the other day.  My prayers and condolances to all of the family.  Goodbye my friend!
Comment Share
Share via:
JK

Posted Aug 16, 2019 at 12:00am
Dear Dawn, Joe & Family, You have my deepest sympathy in the loss of your Mom!  I am praying you will feel God's great Love, peace, comfort and strength in the coming days.  I pray you will sense God's presence surround you in a very real way.  Love & Prayers ~ Carolyn Mogle
Comment Share
Share via:
LB 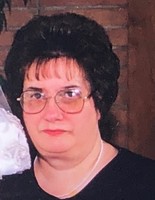 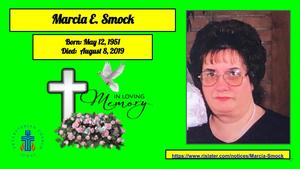