To share your memory on the wall of Martin Kosut, sign in using one of the following options:

We encourage you to share your most beloved memories of Martin here, so that the family and other loved ones can always see it. You can upload cherished photographs, or share your favorite stories, and can even comment on those shared by others.

Posted Jun 27, 2020 at 12:00am
Marty was a good man always enjoyed our discussions. He will certainly be missed by the west leechburg clan. Anthony
Comment Share
Share via:
LK

Posted Jun 18, 2020 at 12:00am
Dear Lynette  You and your family have my deepest sympathy. May your awesome memories with your husband in your heart carry you through the days ahead.  This is Duana, one of your former coworkers better in your PSU days
Comment Share
Share via:
MN 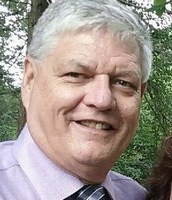