To share your memory on the wall of Myrtle Wilson, sign in using one of the following options:

Dolores was born in Homestead, PA but lived most of her life in the East End of Pittsburgh. She was happily retired after working many years as a check processor at PNC Bank and also as an assistant at Genevieve Jones Dance Studio.

Because the community was so vital to her, she was a dedicated volunteer for 40+ years with several organizations. Dolores was a long time 14th Ward Democratic Committee Woman, helping many residents to register to vote and endorsing political candidates.

Dolores served as a liaison with North Point Breeze Planning and Development and the Pittsburg Police. She was very proud to have graduated from the 1st class of the Pittsburgh Citizen Community Police in 1996.

She was a member of City Source Associates, which cleaned up vacant lots and employed and trained employees considered unemployable.
And she volunteered with the Western Pennsylvania Conservancy and planted flowers in North Point Breeze green spaces.

In 2005, Dolores was selected as the recipient of the Community Champion and Jefferson Award for Public Service.

She was a member of St. James African Methodist Episcopal Church in East Liberty. Dolores loved Pittsburgh’s jazz scene, local theaters, single malt scotch, and wine! And she was a dedicated supporter and fan of the Pitt Panthers, the Pitt Band, and Pittsburgh Pirates!

We encourage you to share your most beloved memories of Myrtle here, so that the family and other loved ones can always see it. You can upload cherished photographs, or share your favorite stories, and can even comment on those shared by others.

Posted Feb 10, 2021 at 10:01am
Hi "Little Woody" and Amy- You won't remember me but I worked with your Mom at PNC on Ft Duquesne years ago. And when I saw her obituary in the paper, I had to write to tell you how sorry I was to see it. You both have my sincere condolences and are assured of my prayers for your Mom. We were close friends and then just lost touch. You kids were small and your father was still alive, but your Mom and I spent a lot of time both at work together and after work. She was just an amazing women with all that she accomplished with her life, but for me , she was a great friend, so much fun to be with and also to talk to. She was also well loved at work. Very quick with a smile or a joke to just crack every body up. I did often think of her and wander about her. So take care and know that you're all in my prayers. Judi Kondas
Comment Share
Share via: 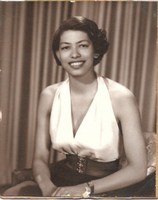 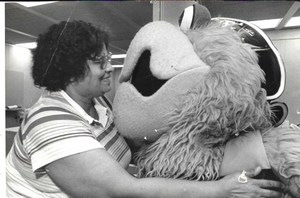