To share your memory on the wall of Patsy P. Capone, sign in using one of the following options:

Provide comfort for the family by sending flowers or planting a tree in memory of Patsy P. Capone

Patsy graduated from Arnold High School in 1955 and went on to serve in the United States Army. After his discharge, he worked for Westinghouse EMD, retiring from the Cheswick plant. After his retirement, he worked for Advance Auto Parts for 15 years delivering parts in the local community.

Patsy was a two-time Past Master of Tyrian Lodge No. 644 F & AM, New Kensington. He was known for his "Pappy's Hot Mustard Spread," homemade wine, and Soppressata. In his spare time, he loved tending to his garden and spending time with his four grandchildren.

Family and friends welcome Sunday 4–8 pm at RJ Slater IV Funeral Home & Cremation Service, 1000 Freeport Rd., New Kensington, 724-335-0100. Masonic Service will be held at 7:30 pm. Blessing Service will be held Monday at 1 pm in the Funeral Home with Interment to follow in Greenwood Memorial Park. In lieu of flowers, donations may be made in Patsy's name to Tyrian Lodge No 644 F & A M 118 Allen St, Lower Burrell, PA 15068. Online condolences to be at www.rjslater.com
Read Less

We encourage you to share your most beloved memories of Patsy P. Capone here, so that the family and other loved ones can always see it. You can upload cherished photographs, or share your favorite stories, and can even comment on those shared by others.

Posted Jun 05, 2021 at 03:59pm
Our sympathy goes to all of the family. We are Pat and Donna's neighbors. My children just loved Pat...and love Donna too. He was so very sweet to all of us, and we will always cherish the memories that we have.
Marysue, Jocelyn, Zach and Fabian
Comment Share
Share via: 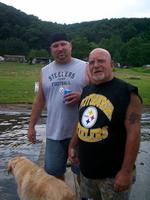 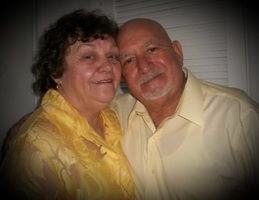 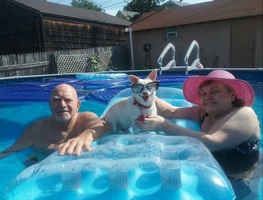