To share your memory on the wall of Randall Shrader, sign in using one of the following options:

We encourage you to share your most beloved memories of Randall here, so that the family and other loved ones can always see it. You can upload cherished photographs, or share your favorite stories, and can even comment on those shared by others.

Posted Nov 23, 2020 at 08:15pm
I want to send our families sympathies! This is so sad to hear about Randy! I will keep your family in our prayers!
Comment Share
Share via:
PS

Posted Aug 24, 2020 at 06:38pm
We just heard the shocking news about Randy. Just wanted to say that he will be remembered and we enjoyed shooting trap with him and Stan at Ford City sportsman..
Comment Share
Share via: 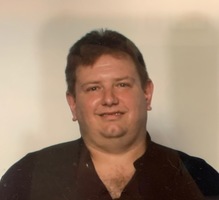