To share your memory on the wall of Robert Roenigk, sign in using one of the following options:

Bob left a large, loving impression with everyone he knew and cared dearly for all. He often would say "Love You" at the end of his conversation or partings and would wait to see if it was said in return. Bob was proud of his family and enjoyed working on the farm with his children and grandchildren. He took time when off the road to visit with his friends. Bob could never pass up a good beer and a great story. God's mercy was giving him the time to say his goodbyes; it was indeed the best gift that he could have received.

As an individual who deeply loved the old ways of life, Bob could often be found spending his time bailing hay, tending his gardens, working on his tractor, and watching old western movies. He loved anything that had a "rustic look" and believed in cherishing antique and old items. Bob was a loving husband who treated his wife like a "cowboy that loved his bride." He would often sit on the wooden front porch swing beside her and quietly swing by her side. Bob would protect her name and stand by her honor, no matter what. He was the John Wayne of his time and will always be remembered as the large man with an ever-larger heart.

Bob was preceded in death by his father, W. L. Roenigk, and two brothers W. L. Roenigk Jr. and Fred Keville. Family and friends welcome Sunday, September 6th, from 12-3 pm and 6-8 pm at R.J. Slater Funeral Home & Cremation Service, 1000 Freeport Rd., New Kensington, Pa., 15068. Service will follow the viewing at 8 pm at the Funeral Home. Due to the current social restrictions and respect for the family, please wear a mask and practice social distancing, Online condolences can be made at www.rjslater.com.
Read Less

We encourage you to share your most beloved memories of Robert here, so that the family and other loved ones can always see it. You can upload cherished photographs, or share your favorite stories, and can even comment on those shared by others.

I am very sorry for your loss. Bob was one of my oldest and best friends for 30 years. The world was a richer place because of the "Big Man"
Bob will be missed. Rest in peace.

Posted Sep 04, 2020 at 05:53pm
Janet & Family,
I am so very sorry to read of your loss. I know we have lost contact, but we need to re-connect. Sending Hugs and Prayers to you and your family.
Comment Share
Share via:
CA

Posted Sep 03, 2020 at 08:34pm
We will Miss your warm and welcoming smile. So many memories with you and Janet. May you Rest in Peace. 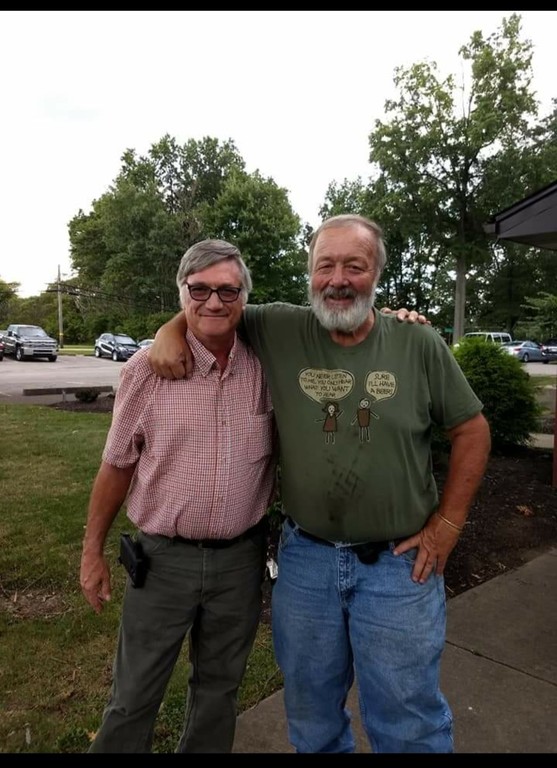