To share your memory on the wall of Thomas Haser, sign in using one of the following options:

We encourage you to share your most beloved memories of Thomas here, so that the family and other loved ones can always see it. You can upload cherished photographs, or share your favorite stories, and can even comment on those shared by others.

Posted May 24, 2020 at 12:00am
My condolences to the entire Haser Family. Tom was our Little League coach with Paul Pazul in early 1960s. Tom and I reunited in 1976 when, as a young man, I started working with him at the Redevelopment Authority for the next 9 years. He taught me so much, and was a great mentor to have as a young man. Tom gave me a certain piece of advice which I never forgot, and conveyed his message to my peers throughout my career as civil servant. He said to always make your best effort to try to help people. That was Mr. Haser! He tried to help people any way he could. He was a good man, a true gentleman. This world needs more people like Tom Haser. May his memory be eternal and God bless.
Comment Share
Share via:
DS

Posted May 22, 2020 at 12:00am
I grew up with the Haser family at the Terrace.  As a child, us kids were always impressed with how professional Tom was even with us.  He was always fair and very kind and a pleasure to know.  Knowing him for over 60 years, he was a person that I am glad to have known and sad to see him pass.  He can now rekindle his his new life with his Dashounds Lady and Cass.  Ace and the rest, You lost a great one. So, sorry.
Comment Share
Share via:
KB

Posted May 22, 2020 at 12:00am
Tom will be missed. Him and Freda were one of most favorite couples to wait on at Eat N Park. I will as always remember him. May he rest in peace. His face will
Comment Share
Share via:
ME

Posted May 21, 2020 at 12:00am
Sandy and family, so very sorry to hear of your great loss,  May God rest him and give you all comfort. Maribeth Ellias and family
Comment Share
Share via:
SC

Posted May 21, 2020 at 12:00am
Sending our condolences to Frida and Tom's family. He will be greatly missed at Eazers.  His hot tea with a side of honey, and he always cleaned the whole table for us. May his memory be eternal and may he rest in peace.  From his friends at Eazers
Comment Share
Share via: 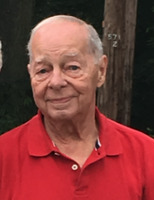 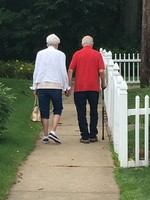 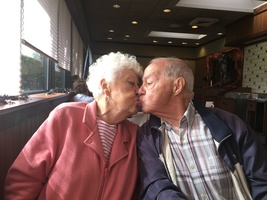 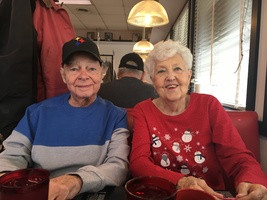