To share your memory on the wall of Wanda Fularz, sign in using one of the following options:

We encourage you to share your most beloved memories of Wanda here, so that the family and other loved ones can always see it. You can upload cherished photographs, or share your favorite stories, and can even comment on those shared by others.

Posted Dec 24, 2019 at 12:00am
Rich, Jason and family, We are so sorry for your loss. Wanda was so good to us. You were all such wonderful neighbors and we miss you all. Our thoughts and prayers are with you during this difficult time.
Comment Share
Share via:
LB

Posted Dec 23, 2019 at 12:00am
Wanda was a wonderful and caring person who loved her family. I am so glad that she was my friend as well as part of the family.  She will be greatly missed. God be with you, Rich, and all the rest of your family.  I am so sorry for your loss. She will be in my thoughts and prayers
Comment Share
Share via:
SL 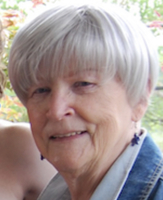