To share your memory on the wall of James Edgar, sign in using one of the following options:

Along with his parents, Jim was preceded in death by his siblings Donna Shaner, Mary M. Cornish, Henry, Bob, Jack, Ray, and Don Edgar. Jim was a roofer working most of his career with the Local Roofers Union #37. He took extreme pride in his work and was also skilled in many other trades.
Jim loved to sing, dance, watch sports and work around his home. He was always up for going to Sheetz for his coffee and lottery tickets. Most of all, he loved spending time with family and friends.

Family and friends are welcome at RJ Slater IV Funeral Home & Cremation Service, 1000 Freeport Rd, New Kensington, on Thursday from 1-3 & 6–7:30 p.m. with a service to follow in our chapel. Officiating will be Pastor Dean Ward.

Due to the current social restrictions and respect for the family, please wear a mask and practice social distancing. Only 25 people are permitted in the funeral home at one time. Online condolences can be left at www.rjslater.com.
Read Less

We encourage you to share your most beloved memories of James here, so that the family and other loved ones can always see it. You can upload cherished photographs, or share your favorite stories, and can even comment on those shared by others.

Posted May 02, 2021 at 10:13am
As cousins, we had many fond memories of our times at Aunt Mary's. One of my favorites is of Jim and my Dad playing guitar together, while our families gathered around. Happy times. Rest in peace, Jim. We all will gather again someday. Love you and miss you.
Comment Share
Share via:
DF 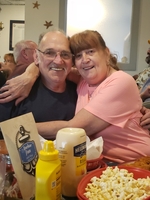 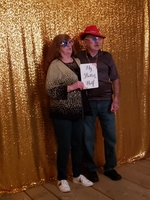 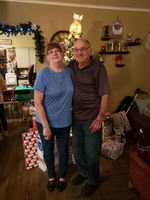