To share your memory on the wall of Marilyn Scott, sign in using one of the following options:

Print
In his own, for his own divine purpose, God called Marilyn Scott our beloved, home to her eternal rest, on Sunday, October 4, 2020

Born in Philadelphia, Pennsylvania on December 15,1962. Marilyn was the daughter of the late Dolores Burg... Read More
In his own, for his own divine purpose, God called Marilyn Scott our beloved, home to her eternal rest, on Sunday, October 4, 2020

Born in Philadelphia, Pennsylvania on December 15,1962. Marilyn was the daughter of the late Dolores Burgess Jefferies. Marilyn attended the Philadelphia Public School System and completed the twelfth grade. At an early age Marilyn was baptized.

Marilyn was employed at KFC from 1988 to 2019 where she was known as a very hard devoted worker. Home was her haven and the kitchen her specialty. She was well known for her secret ingredient potato salad. She loved to cook for family and friends. She loved to watch all Episodes of Martin. She was full of laughter. She also had a love for traveling especially to Texas to spend time with her beautiful granddaughters.

We encourage you to share your most beloved memories of Marilyn here, so that the family and other loved ones can always see it. You can upload cherished photographs, or share your favorite stories, and can even comment on those shared by others.

The Wardlow-Hurley-Hill Families are sending Prayers, Love and Condolences To you and your Family. The loss of your Beloved Sister, Mother, Grandmother and Aunt is a pain that only GOD can heal. The loss of a Loved one never goes away, I always say: “you learn to breathe through it.” Her Spirit will live through you, hold onto what she taught you, gave you and loved you all for. Remember the good and hard times. We will continue to pray your strength Angie. We’re here for you.
Lovingly Submitted
Rhonda Wardlow Hurley
Comment Share
Share via:
M

Posted Oct 06, 2020 at 03:49pm
To Angie Rankins and the family of Marilyn Scott.
Please know that my family was extremely sorry to hear of your loss. She fought a great battle but God knows best. God was good to you in giving you the time to spend with her. He is giving you the greatest gift of memories. You will miss her very much but you will be together. She is always with your family. We will continue to keep your family in pray. My prayer for your family is that God continues to keep you in His grace. Our love prayers and condolences.
Mayor MaryAnn Wardlow and family
Comment Share
Share via: 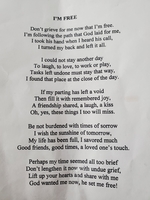 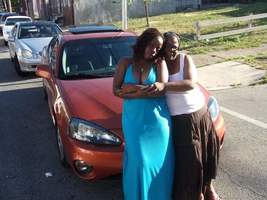