To share your memory on the wall of Sandra Krofchik, sign in using one of the following options:

Sandra is survived by her children Joyce (Wesley) Kline of Natrona Heights, John (Amy) Krofchik of New Kensington, and Joshua (Lisa) Krofchik of West Leechburg. She will be greatly missed by her grandchildren Cassidy, Courtney, Rachel, Jazelle, and Keaghan. Loving sister of Phyllis Boney of Tarentum and her companion Michael P. Radaker, along with numerous nieces and nephews. Preceded in death by her brothers Donald, Frederick, Richard, David, and sisters Myrtle and Margaret. Sandra enjoyed baking, watching Steelers football, and spending time with her grandchildren.
Read Less

We encourage you to share your most beloved memories of Sandra here, so that the family and other loved ones can always see it. You can upload cherished photographs, or share your favorite stories, and can even comment on those shared by others. 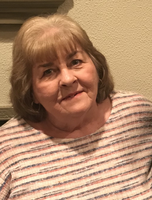