To share your memory on the wall of William Rautenstrauch, sign in using one of the following options:

Family and friends will be received from 2 - 4 & 6 – 8 pm Sunday at RJ SLATER IV FUNERAL HOME AND CREMATION SERVICE, 1000 Freeport Road, New Kensington, 724-335-0100.  Additional visitation will be Monday at 10 am, at the funeral home, until the time of the service at 11:30.  Gene Leasure will be officiating; the burial will be private. Online condolences can be left at www.rjslater.com
Read Less

We encourage you to share your most beloved memories of William here, so that the family and other loved ones can always see it. You can upload cherished photographs, or share your favorite stories, and can even comment on those shared by others.

Posted Oct 12, 2019 at 12:00am
A SPATHIPHYLLUM was sent on October 12, 2019 Our thoughts and prayers for you all during this difficult time.
Love your Smokey Bones Family.
Comment Share
Share via:
ES 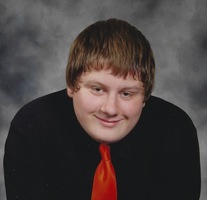